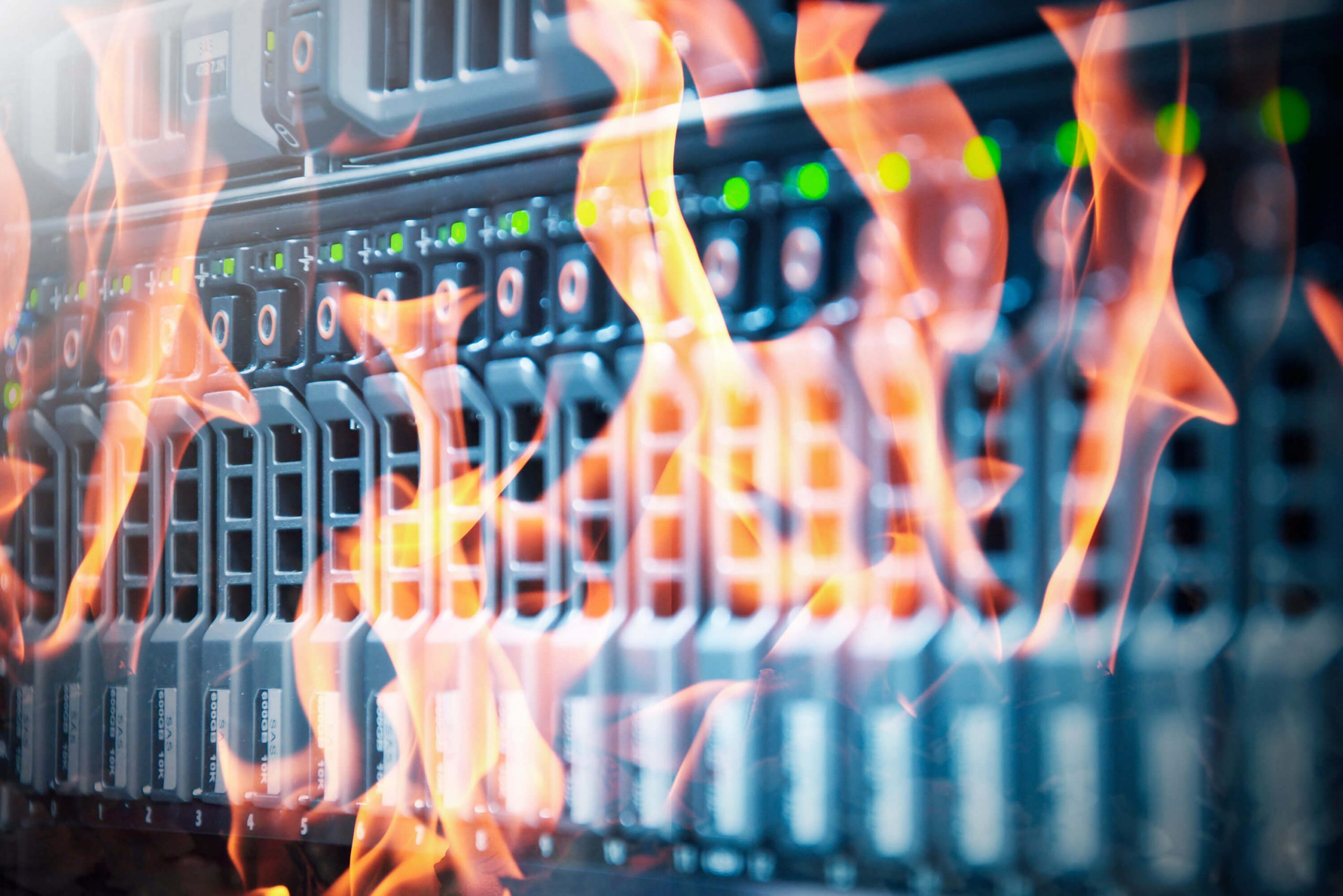 This article is in response to a recent Microsoft Technet post, published here which is a rebuttal of the content in my last post, entitled  “Calling out the Phony War: vSphere and Hyper-V”. You can find that post here.

In my last post I called out what I believe is vendor FUD at play.

There is further Microsoft commentary at the bottom of my original post should you wish to review.

This current post is not so much concerned with the technical inaccuracies, in my opinion, in Microsoft’s original Technet article which my first post addresses. I agree to disagree with the spirit, and some of the content of Microsoft’s post, and maintain that view. However, I would like to make it clear that in my career, I have always held Microsoft in high regard, and never indiscriminately bash or criticise vendors.

While evaluating Microsoft’s posts (and their feedback to my post), I suggest you try and get a feeling for the agenda at play, both on my side, and on behalf of Microsoft.

Let’s provide some context regarding who I am, and the role of the Microsoft author, in order to frame our individual perspectives:

Both of the Technet posts were written by a Microsoft Technology Evangelist. Wikipedia has an interesting description of that role:

A technology evangelist is a person who builds a critical mass of support for a given technology, and then establishes it as a technical standard in a market that is subject to network effects.[1] An evangelist promotes the use of a particular product or technology through talks, articles, blogging, user demonstrations, recorded demonstrations, or the creation of sample projects. The word evangelism is taken from the context of religious evangelism due to the similarity of relaying information about a particular set of beliefs with the intention of converting the recipient.

I think this is accurate. Let’s acknowledge that companies like Microsoft, and others, engage in competitive marketing intended to “convert” potential customers to buy their products. There’s nothing illegal or morally wrong with that. So competitive marketing is like death and taxes – it’s something we can be certain of in IT.

What Does the World Think?

In terms of feedback on my article, almost all tweets/comments I received on the post have been positive, and in general agreed with opinions expressed therein.

There were two exceptions. The first was Keith Mayer, author of both Technet articles; The second was a Microsoft Exchange MVP.

I believe that tells its own story, but to see further interactions between members of the IT community and Microsoft, after Microsoft published their rebuttal, please refer to my twitter feed @PaulPMeehan, where you can expect to see some interesting content.

When I read the rebuttal Technet article I felt I had hit a nerve. I don’t believe Microsoft wants (even) an independent technical consultant taking a run at an official Technet Blog.

My original post focused on what I perceive as technical FUD (my word-my opinion). In the second rebuttal article on Technet, my impression was of a post that addressed a number of technical aspects of vSphere vs. Hyper-V, that seemed to mirror content in my post. It covered the following:

These key points mapped to the areas I called out in my article. Again feel free to check it out here and assess whether there is overlap http://virtsoft.wpengine.com/vsphere-hyper-v-phoney-war/

Unfortunately, despite the clear overlap I have not been able to get Microsoft to admit that the rebuttal article related to my post, even after the author tweeted a link to the article, naming me, and asking for my feedback.

So it was with disappointment that I searched, and failed to find a URL link to my post in the Technet rebuttal post. In the interest of openness and fairness, and to allow readers to make up their own minds, I would have thought this is important to ensure a fair discourse.

Ultimately this would have shown Microsoft in a positive light as a company that engages willingly with the entire IT community – not just people aligned with their Technology and Ethos.

Since then, despite a repeated request to publish a link to my post on the Technet article, Microsoft has not obliged.

It is my personal opinion that Microsoft’s original post, and similar ones provided by other vendors have very limited worth. You should probably not trust the impartiality of a vendor when a comparison post like this is published. It will likely be biased to their solutions.

Rather than believe content on posts like this one, my advice to customers to test drive potential solutions is:

This is an empirical methodology that in my experience is a more predictive approach to Solution Design and Procurement.

So, accepting vendors’ comparison tables at face value is dangerous because if you are performing due diligence, you have to assume it is biased.

And this is the fundamental problem my original post was calling out. All I think Microsoft has done by creating a rebuttal post is put more fuel on the fire, rather than extinguish the flames of FUD.

Finally, Microsoft makes the following statement in the rebuttal post, under the heading of Technical Accuracy:

To-date, it’s important to note that none of the online discussions have pointed out any technical inaccuracies in my comparisons.  Rather, they’ve generally acknowledged the technical details that I’m providing and have attempted to argue on the point of whether it’s a real concern to their customers.

I would like to argue to the contrary. Let’s pick two or three examples to illustrate FUD at work.

Clusters create more complexity. It’s unfair and disingenuous to claim this is an attempt to “discredit” Microsoft. As before, define your “business requirements”, qualify them against your availability goals and specifically against the Infrastructure Qualities. Define the RPO & RTO requirements for discrete applications.

I agree that the complexity of MSCS has reduced, and that it is a simpler solution to deploy then before. But I don’t believe customers want to INCREASE, rather than DECREASE the number of clusters, either on physical or virtual environment. And because of vSphere limitations you should score against it. Who wants more complexity for complexity sake ?.

I ask: Do you believe Microsoft ?

Several of you have claimed that I unfairly characterized VMware VSAN as an “experimental feature” in my original article. Actually, I was quoting VMware’s official product documentation where VMware calls VSAN an “experimental feature” – Check for yourself, here is the link to the quoted VMware documentation from my original article.  Enough said …

The Technet article is absolutely correct – if you use VSAN in vSphere 5.5 now, it is experimental. I accept this and have not said otherwise. However, I pointed out in my original post that VSAN is in BETA and will launched Q1/Q2 next year. The second Microsoft Technet article explicitly excludes this information. This demonstrates a lack of openness IMO. In addition, no link to the VSAN beta download site was provided, but you can get it here: https://www.vmware.com/vsan-beta-register.

I ask…Is it fair/acceptable to omit this crucial piece of information that might allow customers to understand VSAN, and potentially confuse them by providing misleading information ?

OK – I may be somewhat critical of VMware FT.  In my experience, I have never had a customer productively use VMware FT after they understood the limitations it imposes.  For my customers, the level of availability targeted by FT is something that they’ve considered for their most important mission critical apps – however, the limitations imposed also significantly limit their ability to scale-up, scale-out and manage those applications.  For these reasons, all of my customers that had considered VMware FT had chosen not to leverage it.

As per my original article, just state for the record that Hyper-V does not support it. Isn’t that a black and white fact ?.

I ask: Instead of vendor bashing why not just qualify the feature with a Yes or No ?

In summary, I think the overwhelmingly positive feedback I received on my original article speaks volumes, and shows that people have a dislike for these comparison exercises. I believe I am in a position as an independent consultant to echo widely held views among the IT Community at large on what I believe is vendor FUD.

I am suggesting we all need to perform due diligence and call out where vendors are involved in this type of activity.