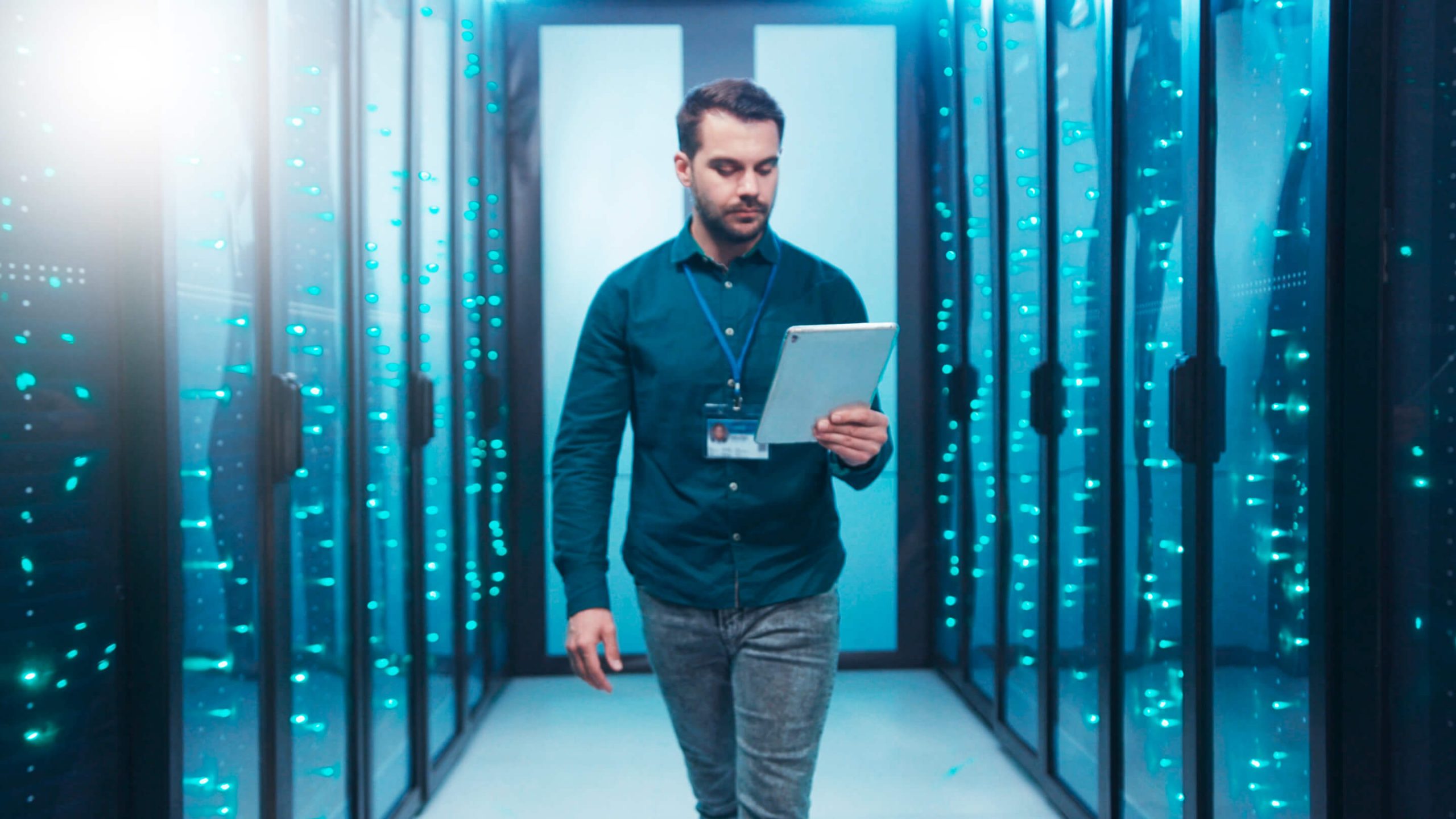 There has been a lot written in the last week as VMware unveiled its new hardware offering EVO:RAIL and the upcoming EVO:RACK which will be available in the coming months. This is an interesting step for the virtualization software leader to take, but at the same time it is aligned in many ways with the new software strategies.

As noted by Duncan Epping on Twitter, the name MARVIN was actually an acronym:

This acronym is precisely what the software alignment I referenced earlier is about. As the vCloud Air (formerly vCloud Hybrid Service) became more popular over the recent year, it actually became a natural evolution for VMware to leverage the ability they’ve created in that platform for on-premises builds.

Modularity is key in the rapidly growing hyperconverged market place. Automated is also the keystone in the success of what will make the EVO line a viable solution for organizations who want to grow their data center in an agile and predictable way.

The new EVO family of offerings is quite interesting with the features it can offer. Offered in two flavors, the EVO line is geared towards a variety of use-cases with the ability to have a scalable architecture that will inevitably grow in its capacity as more testing is done in the coming months. 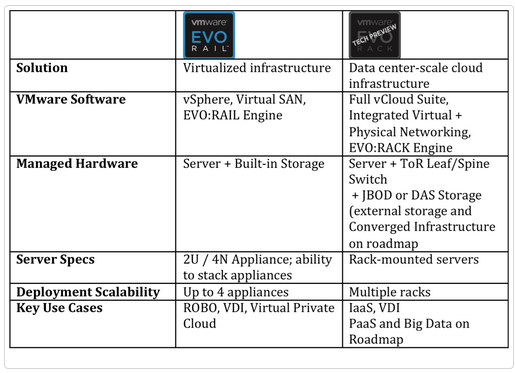 Admittedly, the EVO:RACK has the greatest interest building among many organizations because of the more full featured product set on both the software and hardware side. EVO:RAIL is an adaptable solution, but with the limitations at the moment to scale to 16 nodes across 4 units (4 nodes per block) there are some folks who are willing to hang on to see pricing and performance from the higher-end offering of EVO:RACK.

Size of systems used to be the ultimate sign of its ability to become a highly utilized solution for businesses in the data center. Nowadays, scale-out solutions are becoming the more widely adopted standard in many environments. As converged and hyperconverged products grow in availability, the use-cases are very neatly fitting in with them in this new simple-to-scale model.

Outside of the physical capabilities of the EVO family, the focus is on the automation and simplicity of deployment. We saw the work being done by the VMware team on their vCHS platform, and it was predicted by many that this could be a viable solution to move into the on-premises data center. This has clearly shown the work was done for the right reasons as VMware makes the leap to becoming a data center hardware provider through their partnership with key hardware vendors.

VMware is Not a Hardware Vendor…Yet

At this time, the VMware strategy is to provide software to their hardware partners who will sell the packaged solution to the customers:

“We branded our hyper-converged offerings as “EVO” because we see them as an evolutionary technology. EVO is a preconfigured, pre-integrated SDDC stack that is offered by several VMware hardware partners. VMware will not sell EVO-based hardware solutions. We simply provide the software and specifications to our hardware partners, who will ship and support the EVO solutions.” Chris Wolf, CTO Americas, VMware

Some have said that this may lead to VMware taking on the manufacturing at one point, but at the same time there is no distinct advantage for VMware to make that leap just yet. Using their relationships in the hardware channels will be the ideal delivery system for some time. As the product becomes more widely used it will only increase the capability for VMware to lean into hardware partners for effective pricing.

VMware has also smartly jumped into the OCP (Open Compute Project) which is becoming a hotbed for product growth and engineering for data center hardware. We look forward to seeing how the EVO family fares as customers and partners begin to deploy and provide feedback. We will definitely provide updates as more information comes in on this exciting new platform.